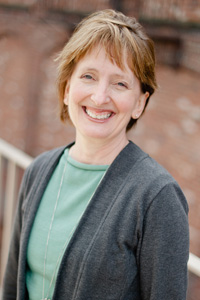 While it’s always fun to report on new businesses, we thought you might like an update about a few of the buildings in Pioneer Square.  These are the places that are attracting the attention of businesses interested in setting up shop in Pioneer Square, as well as expanding businesses already in the neighborhood.

Restoration of the Scheuerman Building at 1st Avenue & Cherry Street is scheduled to begin soon, thanks in part to a 2013 Landmarks Capital award from 4Culture.  The building is owned by the Aegis Group whose offices are on the third floor along with the Borgen Project.   Other building tenants include Easy Joe’s, Café Bengodi, Spooked in Seattle, and 57 Biscayne.  Two restaurant spaces on Cherry Street are currently vacant and available for lease.

Down the block at 2nd Ave Extension S & S Main, Main St. Gyros is rebuilding after the fire that caused such havoc in May.

Owners of the Heritage Building at 1st Avenue S & S Jackson are putting final touches on the vacant office spaces once leased by Microsoft.  The spaces include many of the amenities one would expect in a former Microsoft space, as well as a jaw-dropping rooftop deck.  Dry Soda is a current Heritage Building tenant.  Plans are to expose more brick in the now vacant corner retail space sitting at one of the Square’s most prominent intersections.

Though renovation continues, office and retail spaces at the historic 619 Western Building are leasing with expected occupancy next year.  The building exudes charm and character with intricately restored windows and views that will stagger once the viaduct comes down.

The neglected property at 304 Alaskan Way S has a new local owner, someone passionate about historic preservation, and is finally getting the attention that’s so long overdue.  Once current work is complete, the building will be available for lease as office and warehouse space.

The work done behind the papered windows of the Travelers Hotel Building on Yesler, once home to Mitchelli’s Trattoria, has been dramatic.  Interior walls were removed, bricks revealed, and natural light from the myriad windows fills the large open space, complete with the horseshoe-shaped bar.  It’s no wonder so many prospective restaurateurs are dreaming about this space.

Of course, all the news isn’t about historic buildings.  Construction at Stadium Place continues and the anticipation builds.  (Check out the video about the project here.)   More residents – a welcome addition to Pioneer Square – will be moving into the loft apartments at The NOLO in September.

Many more buildings are in the midst of renovations and tenant improvements.  As always, give me a shout if you’d like to learn more.  It’s an exciting time in Pioneer Square.

Big changes are happening in Occidental Square Park, including the play area and in-construction pavilion.

The pavilion’s public opening celebration is planned for Spring 2021, when construction fencing can come down and large gatherings are allowed under the guidance of Public Health – Seattle & King County. Additional information regarding the opening of the Occidental Square pavilion will be communicated in Spring 2021.