The 2016 Pioneer Square Map & Guide has arrived! We couldn’t be more excited to publish our newest edition of the neighborhood’s guide. It is full of great information about Pioneer Square and has colorful maps outlining the neighborhood’s points of interest, arts + culture,  restaurants, shops and services. It even gives an in-depth overview on all the options for “getting here”. Take a look at the guide below and come see what everyone is talking about. Pioneer Square is trending!

Download your copy of the 2016 Pioneer Square Visitor Map and Guide.

As summer winds down, businesses are ramping up to begin build-outs for their spaces. 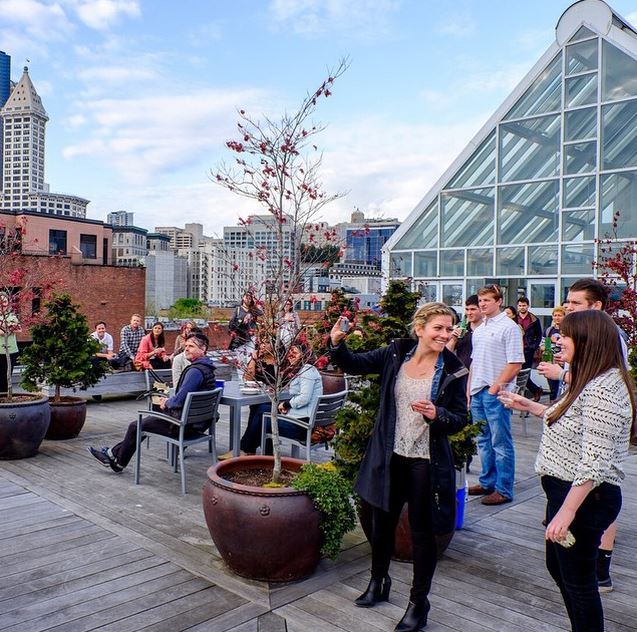 The ribbon cutting for Galvanize, the tech-education company at 111 S Jackson, is scheduled for Friday, August 7 at 4:30 PM. Stop by if you’re in the vicinity. We’re delighted they’re part of the neighborhood.

The Mayor is seeking candidates to fill four vacancies on the Pioneer Square Preservation Board. The four positions available are for a historian or architectural historian, human services representative, district property owner, and architect. The deadline is Friday, August 7. More information available here.

Have you heard that the first Seahawks preseason game against the Denver Broncos will be at CenturyLink Field on August 14? Curious about upcoming stadium events so you can make decisions about staffing, parking, or planning your own event? Bookmark both the CenturyLink Field and Safeco Field event calendars so you’re always in the know.

Before talking about new businesses coming to our neighborhood, I’d like to thank and acknowledge the businesses who set up shop in Pioneer Square before the rest of the city was talking about us. They saw the potential, made the investments, took the risks, and made it work. If I didn’t think readers would roll their eyes from the repetitiveness, I’d start every announcement of a new business with a tip-of-the-hat to these people. Thank you.

It was worth the wait. Elm Coffee is now open in the Furuya Building at 2nd Ave S & S Main St. (The entrance is actually on Main, one door east of Pizzeria Gabbiano.) Both the coffee and space are gorgeous. Stop by and introduce yourself to Brendan Mullally, Drew Fitchette, and the rest of the gang.

Have you checked out Calisea yet? Alden Alvarado quietly opened her charming new retail store in time for the holidays on Yesler Way in the Pioneer Square Best Western Hotel building. Take a look at the website to get an idea of the variety of merchandise she carries. It’s a winner and a nice addition to the block.

We’re in the midst of another flurry of activity behind paper-covered windows:

In addition to papered windows, we’ve got construction all around us. Those projects include the new Embassy Suites Hotel between Stadium Place and King Street Station and Goodman Real Estate’s 45-unit apartment project on South Main Street.

More companies and organizations are expanding or moving into Pioneer Square’s office spaces every day. I’ll be writing more about them soon. In the meantime, take a moment to welcome any new neighbors to our ‘hood. The connections we share are among our district’s greatest assets.

Just a quick post this month to make absolutely-certain you know what’s happening in the neighborhood.

Holiday shopping in Pioneer Square will be the best it’s been in years. We’re making the most of all of our retail with fabulous holiday promotions three Saturdays this year: November 29, December 6, and December 13. This is the year to Shop the Square. Mark your calendar and stay tuned for details.

Follow us on Twitter @PioneerSquare to hear news as it breaks. I’m also going to try to do more with Twitter myself @k_true. (We’ll see how that goes.)

Big changes are happening in Occidental Square Park, including the play area and pavilion.

The pavilion and play area are now open to the public!